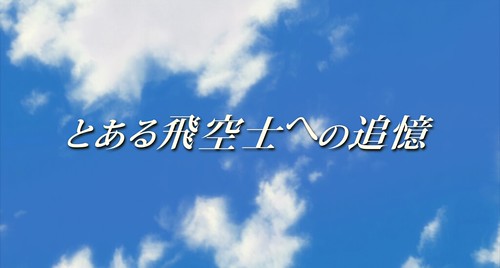 Some years ago, I was asked for a Japanese to Spanish translation for an anime film. Everything sounds as usual for now, only it was not a translation for the Spanish version of the movie, but for the original version which would premier in Japan. It is the first time my translation work has been used in an original version, although it can only be noticed in very small details. 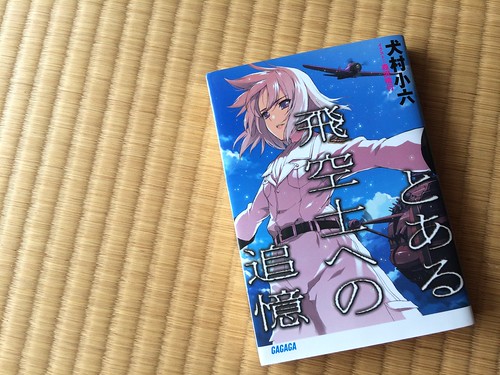 The movie is Toaru hikūshi e no tsuioku (とある飛空士への追憶, also known as The Princess and the Pilot). It premiered on 1st of October 2011 in Japan, and it’s based on Koroku Inumura’s novel with the same name which was published on the 19th of February 2008. It’s a story of war and love for everyone, especially in its movie version. 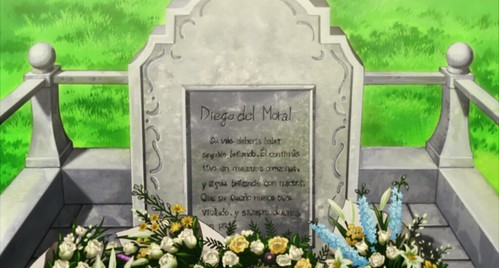 The fantasy world the action is set in has a kingdom based in the Europe from the first half of the 20th Century, and they took Spanish as their language of reference. So some things related to that country and its people that appeared on the movie needed to be written in Spanish. And the people making the movie had the taste to ask a real translator instead of being okay with an automated translation. 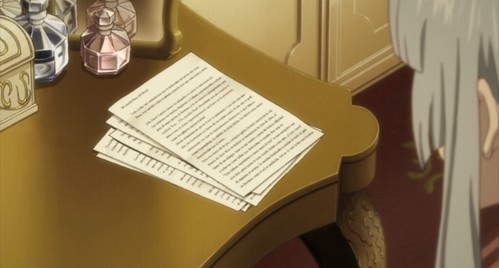 I guess very few people who watched the movie in Japan noticed any Spanish text, and also some things like the letter in the picture aren’t readable because of their size. But I do think this kind of attention to detail can make a movie more memorable.

By the way, you may have heard of this story because the author keeps writing novels set in this world, and this year an anime series was produced for the sequel to the first movie: Toaru Hikūshi e no Koiuta (とある飛空士への恋歌, also known as The Pilot’s Love Song).

I was very happy that they based their fantasy world on Spanish culture and history.

Videogame-based manga Resident Evil: Marhawa Desire‘s first volume is hitting the shelves this month around the world, and thanks to my favorite translation company Daruma I was in charge of the Spanish translation. The Spanish publisher is EDT (formerly known as Glénat).

This translation was a new experience for Daruma because, while we usually translate from trade paperbacks, there was none of those back then. So we translated every episode, some of them before even being published on Japanese magazine Shonen Champion, where they can be read before being put together in the trade paperbacks.

I love both videogames and manga, so I’m very happy to help make this available to Spanish readers. And the comic itself was a great surprise. I hope Resident Evil fans will like it. I think the Hollywood thriller mood the series is known for can be found in this manga.

I was asked to translate for the Japanese localization (translation, etc.) of persona/, a Google Chrome application by Barcelona-based company Layers.

It’s an application made to check your Twitter, Facebook and RSS feeds with comfort and style. It’s free and it installs in a minute, so if I got your interest why not try it now? Feel free to use this link to install persona/ on Google Chrome. Beware that you won’t be able to install it on other browsers.

Note: They recently got a persona/ iPad app, which you can use in English.

Translation was ordered to Daruma, and I was in charge of the first draft. I translated every balloon and onomatopoeia, and I think it’s thanks to Marc Bernabé’s revision and Daruma’s logistics that the result came out to be quite good.

I think this fantasy manga can be enjoyed by anyone older than, say, 12 years old, as long as they have any interest for in the fantasy genre.

It was a very good experience, as I read a lot of manga but I had never had a chance to help with manga publishing. I’m very interested in deepening communication and understanding between Spain and Japan, and I think with this kind of work I’m getting nearer to this aim.

Since I get more translation and interpreting work lately, I wanted to share my method for studying Japanese.

When one’s been working mostly in Japanese for almost five years, one’s Japanese level is more than OK. And when I say I have JLPT level 1 most Japanese think my Japanese must be awesome, but JLPT’s top level isn’t actually that high. In contrast with other Japanese language qualifications, JLPT is only for people who don’t have Japanese as their mother tongue. This means most Japanese people haven’t ever heard of it, and also its aim is set to certifying one’s ability for communication in Japanese up to a regular employment level.

Some books I use as Japanese textbooks

But knowledge areas appearing in any job are limited and without motivation and interest in many different things your Japanese learning could stall. That’s where I was saved by this studying method.

First, once we’re in this level we have to stop thinking as a foreign student and think about someone who understands Japanese. We probably need to use books made for Japanese people. The ones in the picture above explain useful bits and pieces of Japanese which you won’t find at exams.

For example, Yasuo Kitahara‘s Mondai na Nihongo show us many expressions and usages that aren’t perfectly correct but more or less widely used in nowadays Japan. I think it’s not good to ignore them, but it’s not good either to adopt them without even noticing. I prefer learning to understand and detect them, and not using them myself.

Shigesato Itoi‘s Otonago no Nazo is a compilation of corporate and business jargon, explained with some criticism and even sarcasm. If the previous book was a bit serious, this one is quite fun to read.

There are many books like these, but I think it’s also important to read fiction and manga. Lately I’m hooked on Bakuman, a comic which gives us the perspective of the people making manga.

And before finishing, I’d like to ask you to disregard possible imperfections in my redaction in Japanese and English. When I work with translations I always have a native specialist to check the texts, so quality is guaranteed. But I like writing this blog on my own as a way to practice and learn.